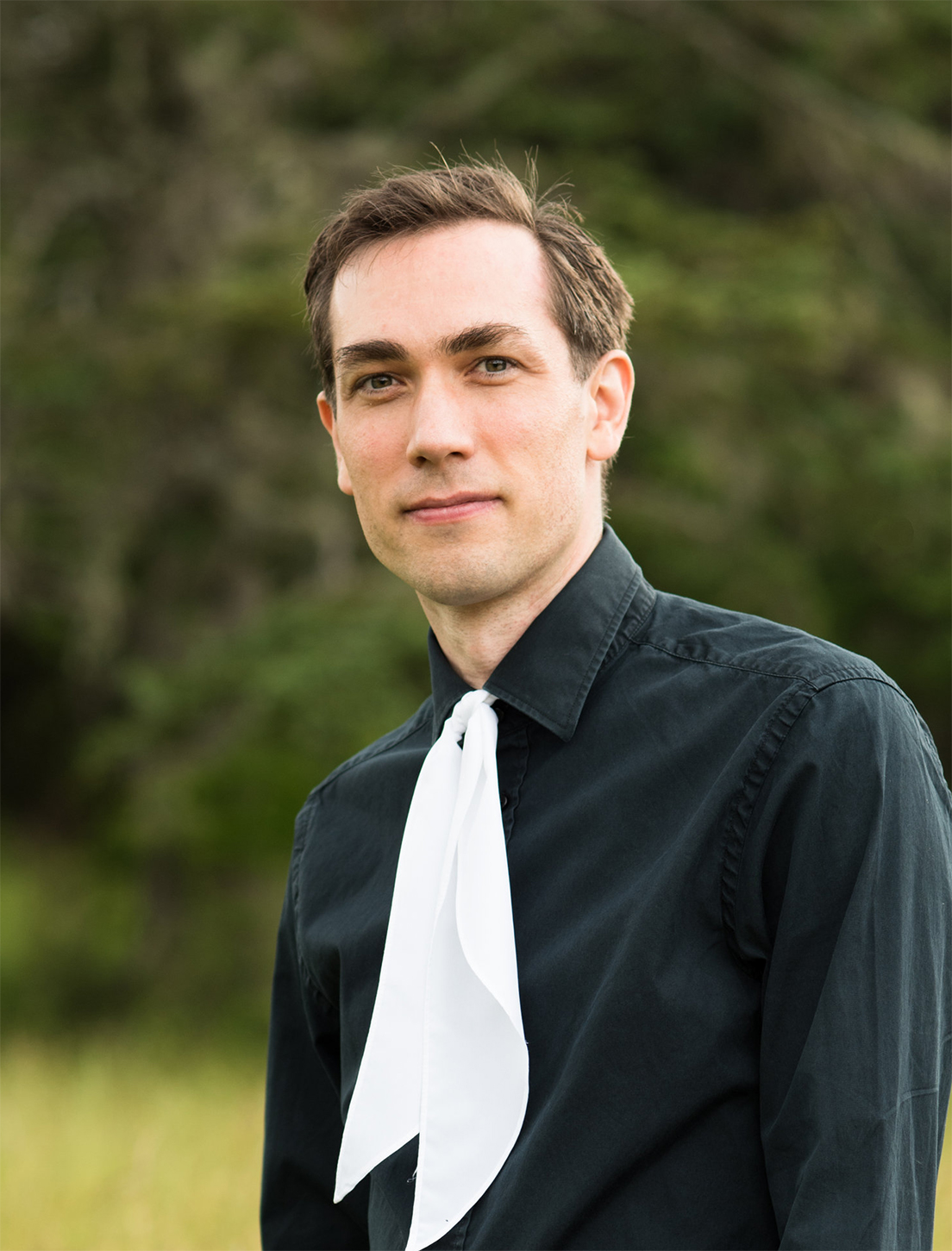 Jeff Snyder (b. 1978) is a composer, improviser, and instrument designer living in Princeton, New Jersey, and active in the New York City area.

As founder and lead designer of Snyderphonics, Jeff designs and builds unusual electronic musical instruments. His creations include the Manta, which is played by over 150 musicians around the world; the JD-1 Keyboard/Sequencer, which was commissioned as a specialty controller for Buchla synthesizers; and the custom analog modular synthesizer on which he regularly performs.

Jeff is a member of experimental electronic duo exclusiveOr, avant jazz group The Federico Ughi Quartet , improvisatory noise trio The Mizries, and laptop ensemble Sideband. He fronts the band Owen Lake and the Tragic Loves as his electro-country alter-ego, Owen Lake. He also composes alternate-reality Early Music for an ensemble of his invented instruments.

Jeff Snyder is a composer, instrument designer, improviser, and sound artist with a vivid interest in unique tuning systems, new and unusual instrumentation, and intersections between engineering and the arts. He designs and builds electronic musical instruments, many of which are featured in his compositions.

Snyder’s creations include the Manta, a touch-sensitive music controller with a hexagonal keypad layout, which is played by more than 150 musicians around the world; the JD-1 Keyboard/Sequencer, featuring an integrated digital-to-analog converter for dynamic control of analog modular synthesizers; the Birl, an electronic wind instrument designed to employ artificial neural networks to create more expressive fingering and embouchure control; and the DrumBox, an embedded drum synthesizer that performs physical modeling synthesis using input from a contact microphone. Snyder has been awarded the Innovation and Performance Award from Computer Music Magazine, the Innovator Design Award from Cypress Semiconductor, and several artist residency fellowships, including the David Bermant Foundation Fellowship for Kinetic and Sound Art at the Vermont Studio Center, and the Haystack Mountain School of Crafts Open Studios Residency.

As a composer, Snyder has been commissioned by or written works for the International Contemporary Ensemble (ICE), Wet Ink Ensemble, Mivos Quartet, Collide-O-Scope Music, The Knights String Orchestra, saxophonist Elliot Gattegno, Sō Percussion, pedal steel guitarist Susan Alcorn, Timetable Percussion, L’Ensemble Portique, and Gallicantus vocal quintet. Many of his pieces explore modal and tonal reference, weaving together melodic and harmonic phrases evocative of half-remembered fragments brought to life within new contexts. His works often are written for ensembles of his invented instruments, taking advantage of his system of Adaptable Just Intonation. In addition to concert works, Snyder also has composed film scores, such as for Caroline Key’s documentary Grace Period, and themes for radio programs, including These Vibes Are Too Cosmic and Nonfiction.

Snyder performs as a member of experimental electronic duo exclusiveOr (called "at once old school computer low-fi and modern de-evolution" by All About Jazz), avant-garde jazz group The Federico Ughi Quartet (called "part of the lineage that continues to emerge from saxophonist Ornette Coleman" by All About Jazz), improvisatory noise-pop trio The Miz’ries (called "a unique and chemically unstable soundworld all their own" by The 405), and laptop ensemble Sideband (called "paradoxically visceral, endlessly engaging" by the New York Times). He also fronts the electro-country band Owen Lake and the Tragic Loves (called "a new path for country music" by popMatters).